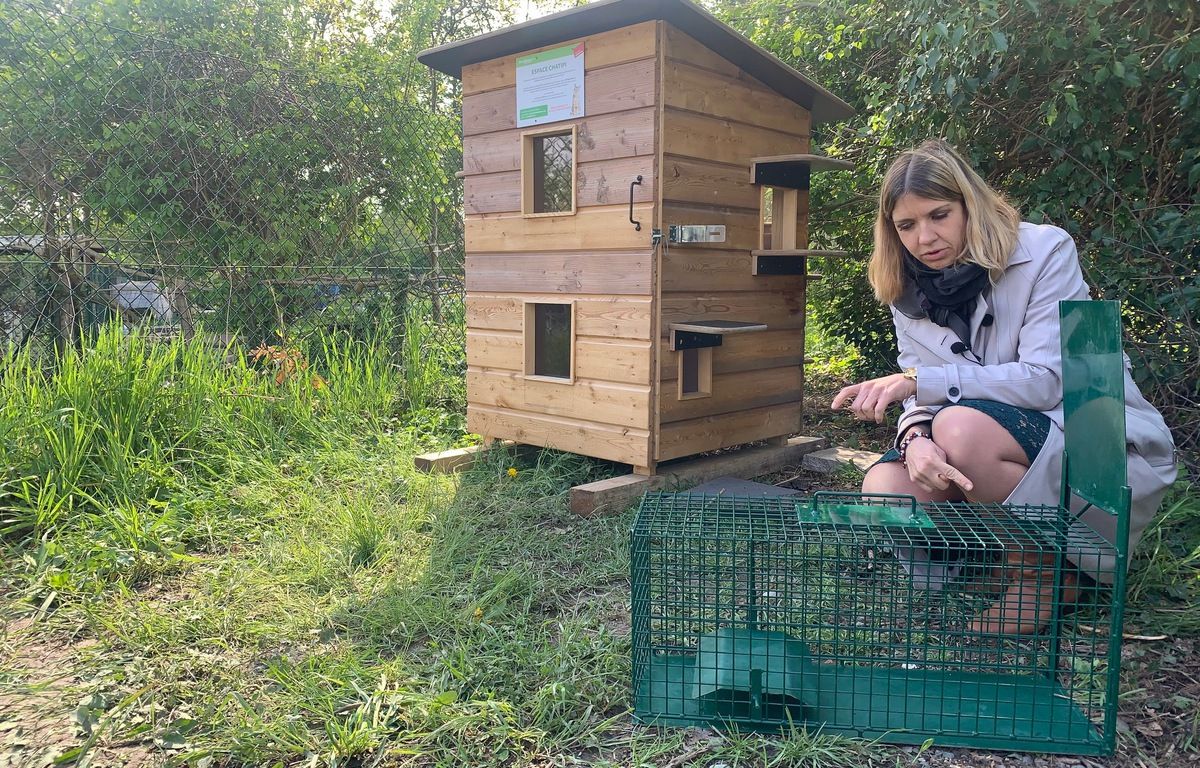 “If there are stray cats, it is our fault, assures Marie-Françoise Hamard, municipal councilor responsible for animals in the city of Strasbourg. We abandon them, and we don’t sterilize them. As a result, they reproduce very quickly and it creates colonies that expand exponentially. They are absolutely everywhere, in family gardens, cemeteries, wastelands, hospital gardens, etc. »

After the problem of rats and pigeons, the city of Strasbourg is now tackling another category of animals which ultimately pose “some” problems of cohabitation with the inhabitants. “Knowing that a couple of cats have about 12 kittens in the year, we quickly reach more than 20,000 cats in four years”, explains Marie-Françoise Hamard… In Strasbourg, if it is impossible to count them “there there are thousands of them, just in the public space”. And according to the municipal councilor, there are nearly 12 million stray cats in France.

Cohabitation, danger to the ecosystem and animal suffering

“Surviving in the street, going through all the pitfalls, the bad weather, the attempts at poisoning, the diseases, the accidents, the hunger… A life of misery, these are animals in suffering. “A presence, however, source of health problems. Stray cats also attract rodents, which come to feed in bowls left by volunteer cat “feeders”.

Another observation according to Marie-Françoise Hamard, cats would also represent a danger for biodiversity. “They are great predators of birds, they catch a lot of wildlife such as lizards, butterflies, small rodents and greatly harm the balance of biodiversity. “In France, 60 million birds “disappear each year killed by cats”, deplores the elected official.

A problem that would never have been really taken into account according to the city of Strasbourg. “What can we do to stop this cycle of suffering? asks the adviser. Municipalities are authorized by the Rural Code of 1997 to capture cats, sterilize them and identify them before releasing them directly on the site where they were caught. An incomplete regulation which would ultimately lead “to animal suffering”, believes Marie-Françoise Hamard because the cat is left the same day of sterilization, “in nature, in the cold, the rain and without follow-up… In Strasbourg, we don’t want that. »

Also, after being taken to the veterinarian to be sterilized, partner associations such as Cat’MonDoux recover the cat and “keep it sheltered, warm, well fed for observation during the few days necessary for their convalescence. It changes everything for the cat, ”says the chosen one. “A sterilization and an identification which is expensive for the associations, underlines however Corinne Weissenburger, the president of Cat ‘MonDoux. Between 150 and 170 euros per cat on average. “A president who is however delighted with this partnership with the city which will bear these costs of sterilization and identification during the Free Cats campaign which has just opened. The association, which has 120 volunteers in Strasbourg and lives on donations, “last year took in 300 cats in foster families and sterilized and released 150 cats” details Corinne Weissenburger. And “for cats who love freedom, they will be released on the site where they were captured, in front of the shelter that the city has just designed, the Chatipi”, welcomes the municipal councilor Marie-Françoise Hamard. These shelters for monitoring and feeding stray cats are the great novelty. They will be installed in various places in the city.

The prototype was made in the municipal workshops of the city and has just been installed near the family gardens of La Robertsau. Others, 24 in number, are under construction to begin with and are being built by an association that employs people in reintegration or in difficulty. The “Free Cats” program, the cost of which has not yet been evaluated, will gradually be deployed on the various sites of the city where the colonies of cats, about ten are already listed, have taken up residence.